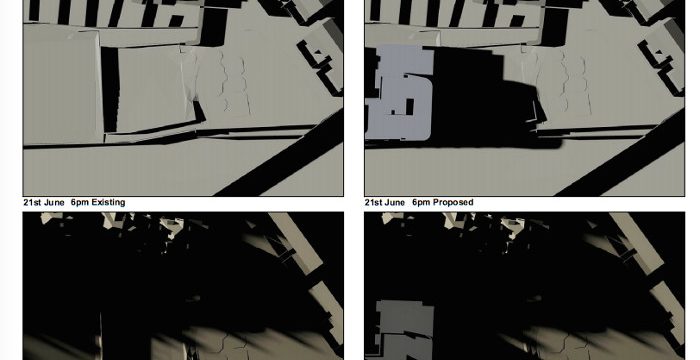 Camden has received new daylight and light impact studies for 156 West End Lane. ‘Hang on’, you’re thinking – didn’t it already have them?

Well, yes. But, no. But, yes. Daylight studies were originally submitted with the planning application last November for the building itself and another set on its impact on neighbouring properties, plus another set in December 2015. After the design was revised slightly in June there was yet another set. These were produced by the imaginatively named ‘Right to Light consultants’ on behalf of John Rowan and partners, advisors to A2Dominion.

The reports concluded that impact on daylighyt of the development was acceptable. However, local campaign group Stop the Blocks pointed out discrepancies in the light studies and the impact on buildings/windows that could affect the ‘right to light’ of neighbouring residents. The group asked Camden to request independent advisors to report and check. Another firm – Anstey Horne was commissioned to review the figures.

Anstey Horne made a few observations, including that the existing site is underdeveloped and has higher light levels than one would expect for an urban site; that the western side matches surrounding developments so its impact should be accepted ‘flexibly’ but this holds less true for the impact of the eastern building. Despite also wondering why there was no 3D study, which would have helped explain the impact, the conclusion was that the impact of the proposed development was acceptable.

People who work in the field say that Anstey Horne has a good reputation and has to provide unbiased and factually correct information – otherwise it would be liable to a lawsuit.

Want to know more about right to light? Read on…

In effect, the owner of a building with windows that have had natural daylight for 20 years or more is entitled to object to any building that would deprive him or her of that illumination. To objectively measure any loss of light, developers use two measures from BRE (Buildings Research Establishment) guidelines: the vertical sky component (VSC) and, as a backup, the average daylight factor (ADF).

“If the VSC with the new development in place, is both less than 27% and less than 0.8 times its former value, the occupants of the existing building will notice the reduction in the amount of skylight”.

According to Right to Light, who did the original studies for 156, 93% of the 391 windows studied passed the VSC test. Of the 29 windows that failed, 11 were secondary windows (i.e. there was another window in the same room, so overall there was enough light. Of the 18 windows that were the sole windows to rooms facing the development, it depends what the room is used for as to how critical it is. Bedrooms have lower light requirements than living rooms or kitchens. Having guessed at the use of most rooms, where it was not clear, Right to Light maintains that most of these will meet the ADF requirement.

From a ‘right to light’ perspective, although there will be an impact, “It is therefore considered, that when applying the BRE Guidelines the proposed development will not have a material impact to the light amenity of this property”.

Stop the Blocks also raised concerns about the impact on the MUGA (sports pitch). The reports accept that there would be an impact but “we […] remain of the opinion that the proposed development creates an acceptable level of overshadowing on the adjacent MUGA space”. 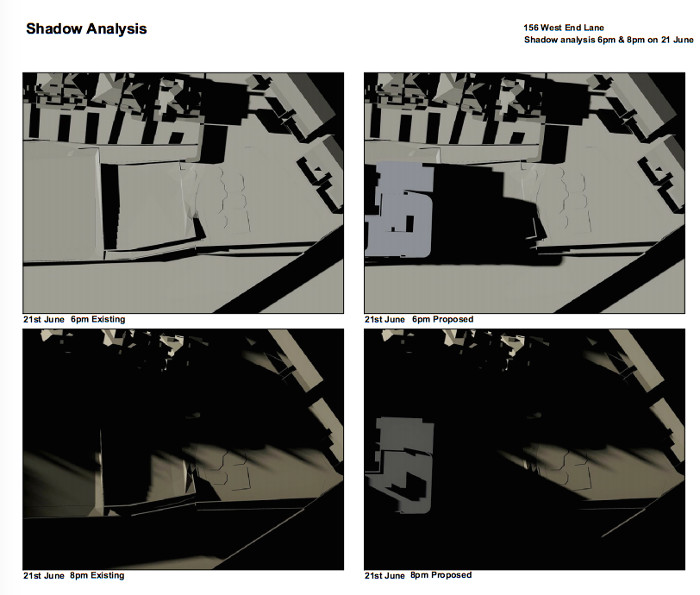