The school due to open at Liddell Road in 2016 (assuming Camden councillors vote in favour of the council-led scheme), is an extension of Kingsgate School rather than a separate school. We’ve discussed the reasons for this before. But what does this mean for the admissions point of the new split-site school?

Over the past two years, council officers have consistently indicated, according to NDF Chair James Earl, that they would like an admissions point equidistant from the two school sites. Indeed, this is what the consultation document stated in 2013.

The fact that this problem has come to light so late in the day is yet another cause for concern in a proposal that continues to vex many locals on the grounds of building height, lack of affordable housing, and intransparent costings.

Admissions points matter because it is from these that the calculations are made regarding applications for the school. There are no catchment areas as such but admissions are based, after criteria such as a sibling already at the school, on distance from the child’s home to the admissions point measured in a straight line.

Right now, the admissions point for Kingsgate School is Kingsgate School. So far so normal. But with the extension being so far away – the best part of a mile as the child walks if not as the crow files – is that still the right place for it? 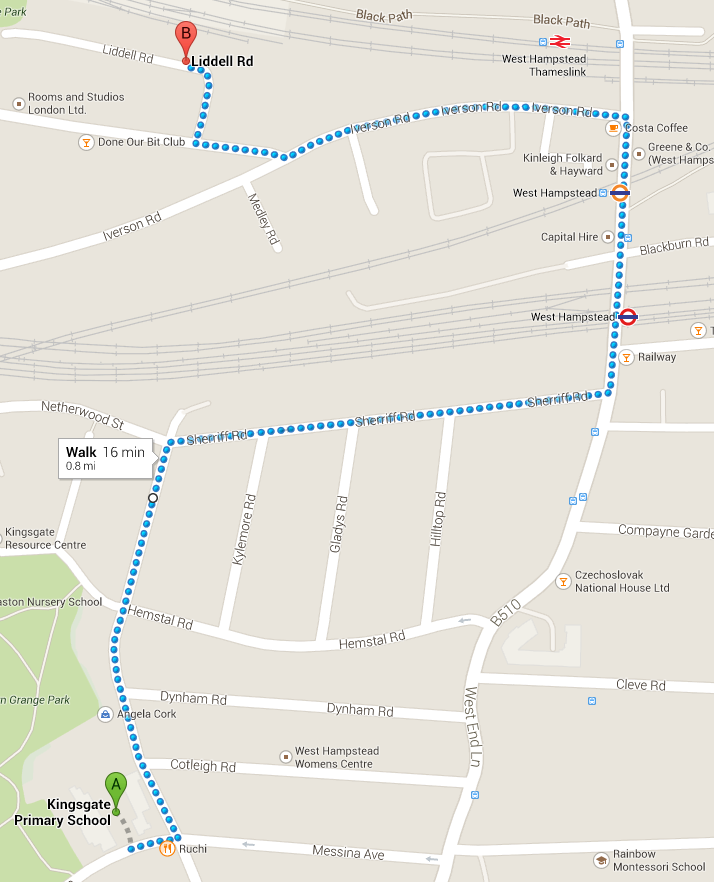 An alternative would be to move the admissions point to Liddell Road. This might seem just as strange as keeping it at Kingsgate. Splitting the admissions point by age is believed to be unworkable. The most obvious options would either be to have two admissions points – one at each school – or one point inbetween the two sites. Yet according to the council, both these options could be subject to legal challenge. It seems strange that this fundamental problem is coming to light now rather than when the consultation for the school was launched more than a year ago.

Where does this leave parents wondering whether they will or won’t have a good chance of geting their child into Kingsgate School? As part of a wider consultation on school admissions (that unfortunately seems to have dropped off Camden’s revamped website), the council is asking people for their views on three options:

The inclusion of c) suggests that the whole proposal has been ill thought through.

A split-site school in Greenwich operates with two admissions points, with the point nearest to the child’s home used as the determining distance-based factor. However unlike the Liddell Road scheme, both Greenwich sites operate as full primary schools rather than having younger children on one site and older children on the other. Again, given the admissions problem, perhaps this setup should have been given more consideration by Camden?