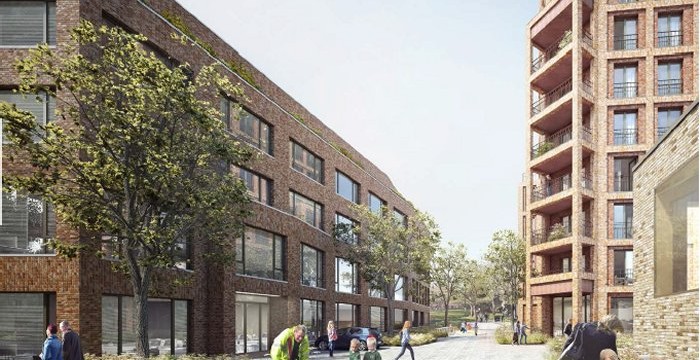 It’s decision time tonight for Liddell Road, but what’s at stake and why has it been so controversial?

The council has an obligation to provide enough school places for local children and the projections are that some 400 places are needed in the West Hampstead area in the very near future.

Where to build this school?

The council decided that Liddell Road, a light industrial estate that it owns just off Maygrove Road, was the best site. The school would take up about half the site.

Rather than build a new school, which under government rules would have to be a free school, it decided to expand Kingsgate School in Kilburn, which is the best part of a mile away on foot. The youngest children would attend the Liddell Road site, the older children would be taught at the Kingsgate site. Astonishingly, even now, the admissions point for the new expanded school has not been settled.

How to pay for it?

Like many councils, Camden has been hit very hard by budget cuts, so to pay for the school it’s decided to sell off the other half of the Liddell Road site for housing and office space. By selling this land to a developer, it would get enough money to build the school and have some left over to fund improvements to other schools in the borough.

Why has it been so controversial?

Jobs
The problems started more than a year ago when there was a big discrepancy between the number of jobs Camden stated would be lost from existing Liddell Road businesses and the number that the traders themselves came up with. The traders’ number was treble Camden’s number (250 vs 80), and Camden never published the results of its employment survey despite promising to do so.

Some traders also claimed that Camden was less than helpful in assisting them finding new premises, which was next to impossible anyway for those who wanted to stay local. Camden disputes this.

The tower block
In the run-up to the council elections in May 2014, Labour campaigned on more school places, which was popular, and won five of the six local seats from the Liberal Democrats. At this stage, the early plans for Liddell Road looked like this: 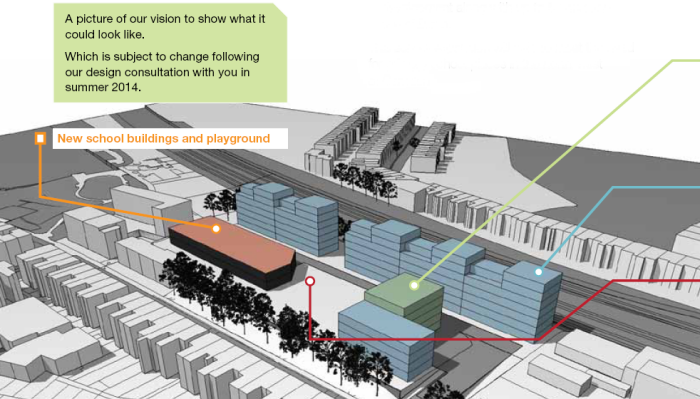 Yep, a 14-storey tower block had appeared. Residents weren’t keen, and many pointed out that this site falls outside the designated Growth Area, where people have come to accept that higher density housing will be permitted (for example, West Hampstead Square, which has a 12-storey building at its heart).

Camden’s argument was that it needed all the housing to pay for the school, and all the office space to create jobs (more jobs than existed on the site before if you take their numbers, fewer if you take the traders’).

That £6.7 million grant
Camden received a grant from central government of £6.7 million specifically for new schools. First it wasn’t going to spend this at Liddell Road, then it was, then it was going to spend some of it. The detail has always been unclear. Camden has also said from the outset that it wanted to make an additional £3 million from the project to invest in schools elsewhere in the borough.

Many locals felt that money made from the site should be invested in West Hampstead. The council countered that West Hampstead schools have received a lot of money in recent years that has come from outside West Hampstead. That £3m has since come down to £1.9 million because the council underestimated the cost of clearing the land.

In its final revision of the plan, the tower block dropped to 11 storeys, and four of the 106 flats were to be affordable (initally, 1 social, 3 intermediate, but in the final report all four will be social housing). How the economics had changed to accommodate these changes was never made clear.

Opponents have argued that the surplus from the site could be used to increase the affordable housing, the council has said that it would add only a few extra units and it would rather spend the money elsewhere. Councillors also made much of the fact that the site at 156 West End Lane (Travis Perkins) would be developed with 50% affordable housing, but opponents have argued that is impossible to judge the merits of one scheme based on a promise that the council may not be able to keep on another that hasn’t even come close to a planning application yet.

Other issues
There have been a raft of other issues that have caused concern: the siting of the tower, the decision over access roads, the challenges facing parents with siblings at both sites, that admissions point problem, etc.. Camden has responded to all these, except the latter, though not of course always to the satisfaction of locals.

What are the alternatives?

Camden Labour councillors in favour of the scheme, which appears to be all of them except for Fortune Green’s Lorna Russell, have argued very forcefully that the school is essential and at a time of constrained budgets this is the best way of paying for it. They also point out that no-one who has opposed the scheme has come up with a viable costed alternative.

Proposing a costed alternative is difficult when Camden refuses to release any of the financial information associated with the scheme. Indeed it published a heavily redacted report in response to an FOI request. The NDF tried to work out the costs itself, and although it was forced to make a lot of assumptions, it calculated that the council could make an additional £10 million from the site.

Will it pass tonight?

Labour dominates the development control committee (the formal name for the planning committee), which will vote on the plans tonight. It is hard to imagine that the applications won’t be approved as this is one of the flagship schemes in Camden’s Community Investment Programme – its attempt to continue to deliver quality services in the face of swingeing budget cuts.

Complicating matters, the scheme is spread across two separate planning applications, for reasons that have never been clear given that one is entirely contingent on the other – i.e., Camden can’t realistically pass the school and reject the housing.

Many of the groups objecting to the scheme have tried to argue for a delay in order that the detail of the scheme can be discussed more thoroughly and perhaps improved. Very few are arguing that the whole idea should be thrown out wholesale, instead the questions are around the exact implementation. The council, however, is arguing that the school must get approval as soon as possible because it needs to open for the 2016/17 school year.

The upshot therefore is that to meet its statutory requirements on school places, the council has to press ahead with the school now and as the school will be paid for only by the flats and office space, they must be approved too. In other words, the planning committee is a hostage to time. This begs the question as to why this is all so last minute. To quote from a planning officer in one of the early consultation documents,

For a number of years families in the North West of the borough have struggled to find a local reception class place and Camden’s school place planning indicates that there will continue to be a pressing need in this area in the future.

Camden may point out that their predecessors did nothing to act on this when they were in power. It’s a fair point, but Labour has controlled the Town Hall since 2010. Perhaps if planners had had more time, a more equitable solution might have been found rather than forcing one through that has run into quite so many problems with locals who are not, by and large, against the underlying idea of the scheme.

The meeting starts tonight at 7pm. Liddell Road is the fourth planning application on the agenda so they should get to it. There are people going speaking against it and it’s likely to take some time to discuss. You can go to the Town Hall and watch in person, or you can watch the webcast here.