As everyone knows, because the sign is so brightly lit that aircraft are now using it as a navigation device, a new Sainsbury’s Local opened on West End Lane on Friday where Best One used to be.

It’s fair to say that this caused a fair amount of Twitter traffic. The story unfolds below

Congratulations to Richard, who took the first photo from inside the store 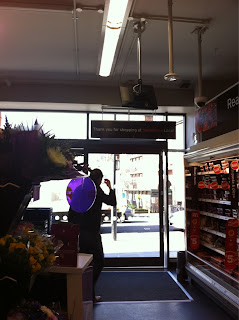 Library cuts – is West Hampstead immune? What have I missed since March 6th?