Last February, we reported on local resident Alan Grogan’s campaign to rid West End Lane of the large number of estate agents’ boards that were attached to many properties along the road. Many agents responded swiftly to our article and, within a couple of weeks, had voluntarily removed their boards from buildings. However, quite a few of the signs still remain up more than a year later.

This week, just as Foxtons added to the glut of estate agents on West End Lane, Alan got the news he’d been hoping for. Camden Council has submitted the Regulation 7 Application to ban all estate agents’ boards for the stretch of West End Lane between the tube station north to David’s Deli. This means that barring any major objections, the proposal should pass in the next few months.

Alan said that he is hoping the ban will come into effect “in time for the summer and we’ll have a very, very nice looking high street”. 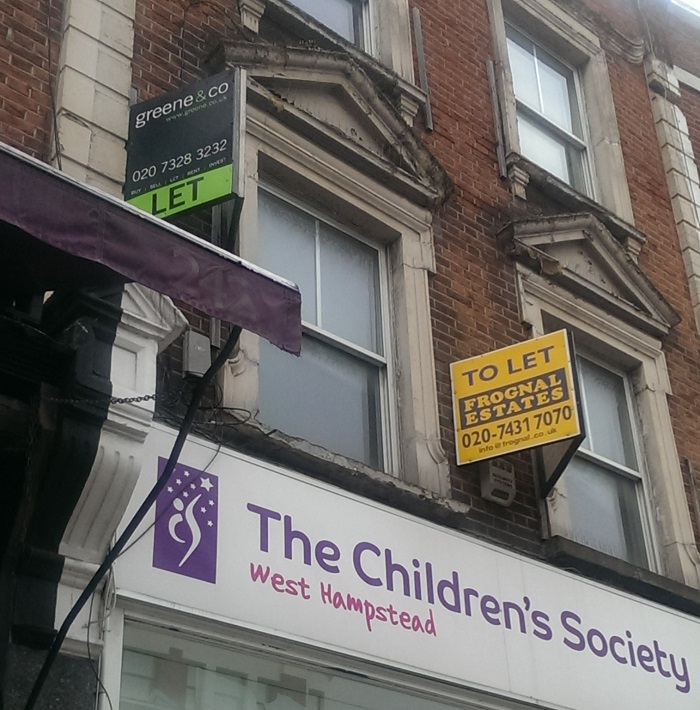