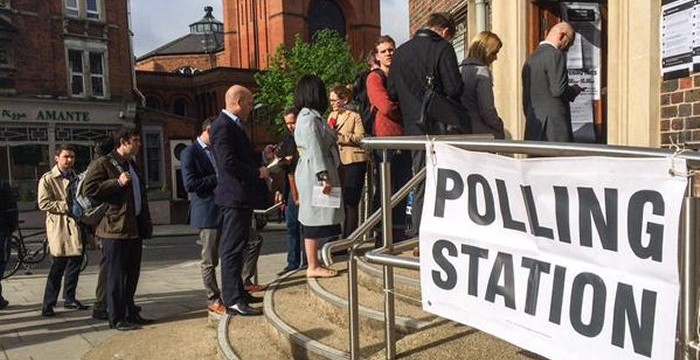 Labour’s Tulip Siddiq won Hampstead & Kilburn by 1,138 votes. The Conservatives’ Simon Marcus was second, with Maajid Nawaz a long way back in third, ahead of the Greens’ Rebecca Johnson and UKIP’s Magnus Nielsen. Turnout was 67.5%, up slightly from 2010’s 66.3%.

Ronnie Carroll, the candidate who died between nominations and the election and therefore who remained on the ballot paper, got 113 votes. He didn’t come last.

May be interesting in hindsight… our interviews with the three main candidates in the run up to the election: Tulip, Simon, and Maajid. 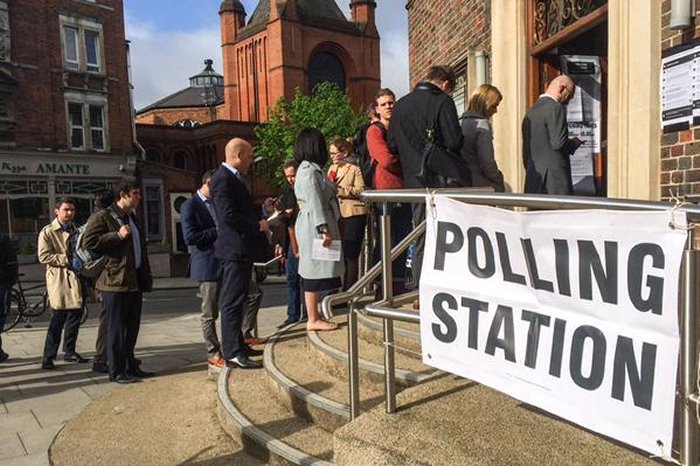 West Hampstead library at 8.30am on polling day via Rita Tudela

May’s Property of the Month is a 2-bed flat on Crediton Hill.

Sunday saw the second round of the Netherwood Street Clean-Up, with more impressive results. If you want to get involved, the next session is on Thursday between 11-2. Meet at the open space on Netherwood Street.

Ther are two conmen working local streets at the moment. One claims to have just moved in a few doors down from you and has locked himself out. He asks for money. The other has been around before – he claims to be an antiques dealer but is just trying to get inside your house to steal stuff. If you come across either, the police ask that you call 101.

Learn about the tough men and the harsh conditions they worked in when building what is now the Thameslink railway line through West Hampstead in the 1860s.

A rebooted Whampsocial kicked off on Wednesday night at new venue, The Alliance. The next one will be June 4th – same place, from 7.30pm. Wednesday was also the latest chapter of Whampbooks – with a very healthy turnout as always.

The next NDF meeting is this Tuesday, and topics will include the referendum campaign (that’s
for the neighbourhood plan, not Europe!).

As a West End Lane doctor finally retires, patients are told they’ll have to change surgeries… but there are 18 practices within one mile.

Check out the latest threads on the Forum.

Thank you to my constituents, supporters and volunteers. I am proud to be the MP for my home seat. I will work so hard for you. Thank you!