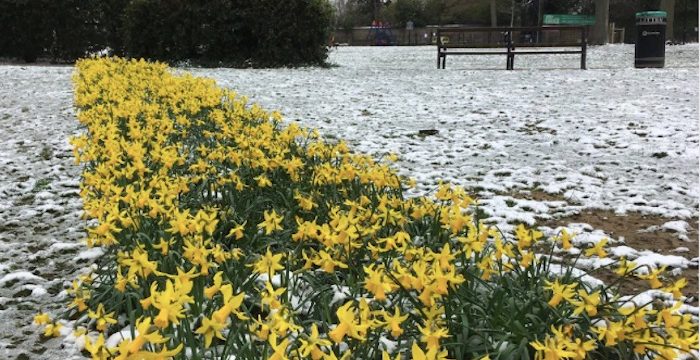 We all know how the leopard got its spots, but how did David’s Deli get its name?  We learned how in our Insight with Ellias the owner.

There was another moped enabled mobile phone snatch near Kilburn tube, but this one had an unexpected ending. (In case you don’t know Ashley was on Made in Chelsea). 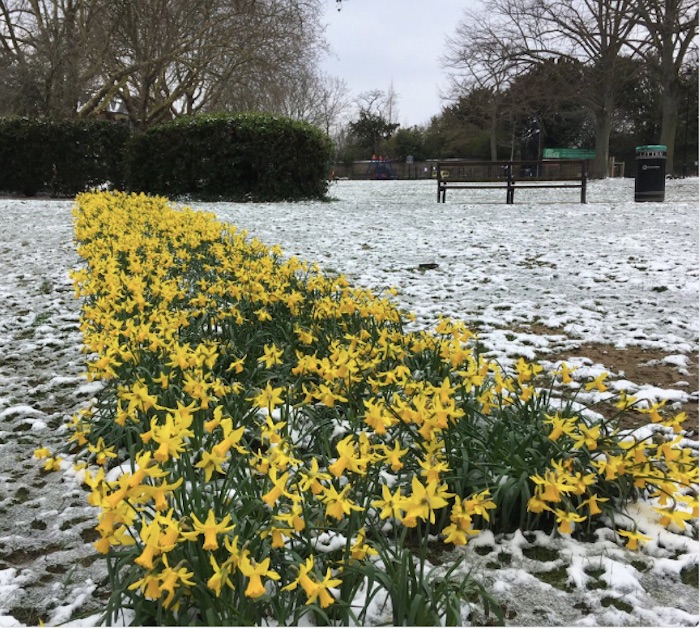 Fortune Green seems very confused, Which season are we in? asked Scotty

The Chalcots Estate in Swiss Cottage has been in the news again (it was evacuated in the wake of the Grenfell fire). The council now wants to replace the windows for £30 million, on top of the £50 million it’s already spent on post-Grenfell improvements. Not to mention the millions it cost to install the original defective cladding. Residents haven’t ruled out running their own candidate in the local elections.

Another week, another Tory typo…(at least we hope it was), apparently they are campaigning for ‘reduced air quality‘

Clothing bank update: they have been given one month to be removed. There is more to this story than we first thought. Were these clothing banks ones that were first stolen?

West Hampstead bakery Roni’s suffered what appeared to be a premeditated attack at its Belsize Park operation. And there was a second attack.

Phil Nicol has been missing for over two weeks, he’s from Peckham but was last seen at the O2 Centre on March 3rd. He then boarded a 13 bus and got off at Fortune Green Road. He has not been seen since. Do you recognise him?

WHAT again proved at their AGM that they punch above their weight in getting things done round here. Holding Thames Water, TFL and Camden to account on road closures and diversion. Others may tweet the tweet, WHAT actually does stuff. Plus TFL confirmed they are undertaking a feasibility study over access to the tube station.

There was another burglary on Iverson Road. Watch out as there was a similar one on Mapesbury Road using a diversion tactic. Fireworks.

There was a moving performance of ‘Finding Mummy: Nazanin’s story’ at JW3.

The owner of these these (very cute dogs) has been located.

Coming up
Mon 19th – Locally Sourced at the Alliance, looks like an excellent evening

And this week why not try the cinema at JW3

Second time in just a few days I’ve seen someone leg it out of @marksandspencer in @WHampstead with an entire basket of stolen meat. Hope @MPSCamden find them – the steaks are high..