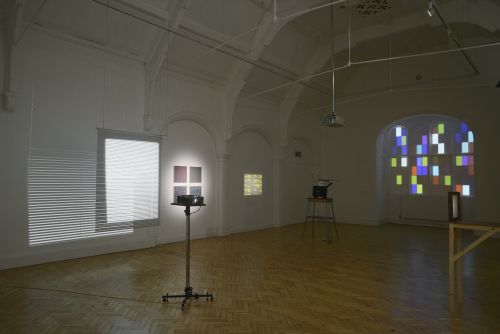 STOP PRESS: This event is now full. If you’d like to go on the waiting list then by all means contact me, and leave a mobile number.

We’re a cultured bunch in West Hampstead, right? We know our Matisse from our Magritte, our Monet from our Manet, and even our Munch from our Munk if we’re very cutting edge.

So it’s time to push the boat out a little. Time to expand those artistic horizons. All you need to do is come along to #whampart at the Camden Arts Centre on the evening of Wednesday, February 6th.

This is our first collaboration with the Camden Arts Centre (but hopefully not last, so behave yourselves!). We’re getting a special guided tour of the Film in Space exhibition, and then we can retire to the rather nice café/bar for some wine and incredibly intellectual discussions about what we’ve seen. Or we might talk about the weather or kittens or US foreign policy in Obama’s second term. 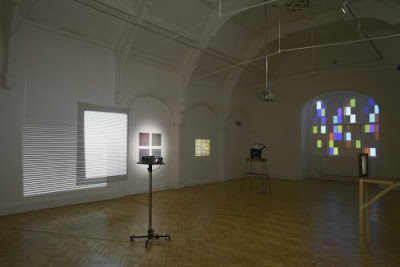 Here’s a bit about the exhibition from the Camden Arts Centre’s website:

Film in Space is a group exhibition selected by British artist-filmmaker Guy Sherwin. The exhibition focuses on expanded cinema, a film movement which came to prominence in Britain in the early 1970s, at the time Sherwin started making films. The movement was closely associated with the London Filmmakers’ Co-operative, an organisation set up in 1966 by artist-filmmakers to exhibit and produce experimental film work which challenged mainstream cinema. Sherwin worked at the LFMC in its early years and was highly influenced by his experience. For Camden Arts Centre he has selected a number of key works from this period and is showing them along with works by younger artists who are continuing to experiment with the versatility of analogue media, as well as others who have started to take on board the advent of digital technologies. Throughout the exhibition there is an emphasis on film, light, and sound as material to be constantly re-worked, manipulated and experimented with.

I’ve seen the exhibition and it’s interesting but I think having the guided tour will really make it much more accessible. So even if you’re not sure that 1970s expanded cinema is your sort of thing, why not come along and learn a bit more about it. The Camden Arts Centre is such a great local resource but it’s underused by locals; here’s an opportunity to get to know it.

Sounds great! What do I do now?
We’ll need to meet in the reception area at 7.30pm promptly on Wednesday February 6th. The tour will be about 30 minutes and then we’ll head to the bar, which stays open until about 9pm.

We have 15 places and you’ll need to reserve your spot. It’s going to be first-come/first-served. As always, if you sign up then please don’t pull out at the last minute. It might be hard to get late replacements, and it’s not fair on the Arts Centre staff who are doing this especially for us.

To book your place you must with your name and mobile number. Max 2 places per person.