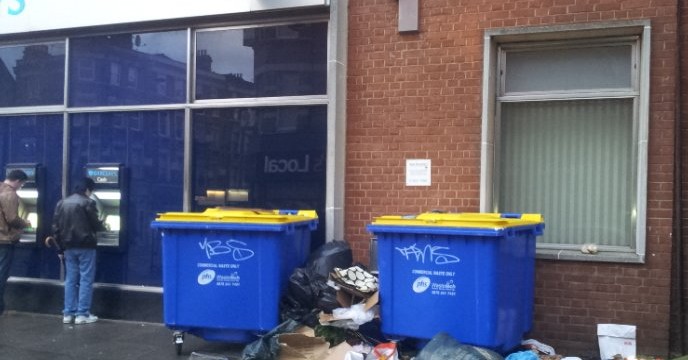 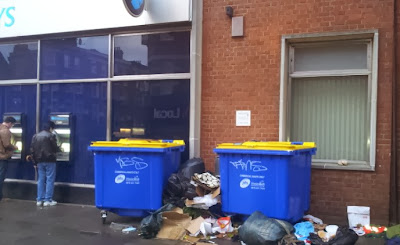 We’ve discussed the rubbish problems recently; here’s what Cllr Phil Jones, Camden cabinet member for the environment, wrote in response to WHAT‘s recent enquiries about the problems both with recycling and fly-tipping. He cited three issues and mentioned a new initiative starting next week to help tackle the fly-tipping:

Street environment services staffing has been revamped in the last few months. The objectives included a) creation of a new education and enforcement team, b) increasing the skill levels of staff, c) improving contract management of Veolia. This meant that some staff were made redundant, others were demotivated for a period, and new staff had to get used to their roles. This process also had a negative impact on the services provided but is also now nearing completion. Officers should be responsive to problems and respond when issues are identified.

We are launching a new ‘Clean Camden’ enforcement campaign on 6 November. This will target fly tipping, dog fouling, littering etc. Officers will be targeting hotspots to fine people caught doing any of these environmental crimes. It will not stop these problems from occurring, so it is important to be realistic. It should highlight the unacceptability of such actions and send a warning to those who flout the law. We also need to gain more evidence on who is committing these crimes so people will be encouraged to send information to the council.

This last point is encouraging for people who are sick of their streets being strewn with debris. I think it’s easy to understand that budget cuts will have an impact on all manner of services, but when there are already laws in place that are meant to prevent some of the resulting problems, it seems strange that it takes a special initiative to enact them.

Musicians in West Hampstead and Kilburn – part one