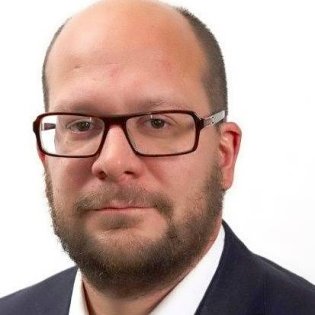 If you read the Twitter conversation from last week about the Liddell Road development, you’ll have seen that Cllr Theo Blackwell, Camden’s cabinet member for finance, offered to go into more detail about the council’s decision to give the go ahead to the expansion of Kingsgate School before the larger redevlopment plan has gone to consultation, and at the expense of the jobs on the industrial estate that’s there now.

Here are his thoughts on the matter:

On Wednesday, Camden’s Cabinet took a decision as part of the borough-wide Community Investment Programme to fund a new primary school and business units on the site of Liddell Road, NW6; currently industrial premises owned by the council and leased to a variety of businesses.

The benefits to NW6 are considerable – with 420 new primary school places and new space for businesses. Elsewhere in Camden, from Holborn through Somers Town, Kentish Town, Gospel Oak, Highgate and Kilburn – and now West Hampstead – Camden is redeveloping public land to build more than 1,100 council homes, three primary schools and two new public libraries as well as new, modern business space. This is one of the most substantial self-funded capital investment programmes in the country, providing jobs and better public services for local people.

A new school and new businesses in Liddell Road are a key part of this, showing that despite very limited resources we are trying to make a difference by improving schools in NW6 as much as everywhere else in Camden.

However, it comes at a price – the new primary school and employment space will displace existing firms on the site because the only way we can pay for the new school, as with the new Netley School and Edith Neville primaries in NW1, is by raising money by a wider development of land the council owns.

Quite reasonably, West Hampstead Life and others have asked whether we could have funded this by some other means so the community could get as many benefits as possible:

What about using central government money? Due to cuts to investment introduced in June 2010, today only 1% of all Camden’s capital need for schools, housing and other infrastructure is supplied by central government. Schools investment was particularly impacted with £170m+ in bids ended, effectively leaving schools with no money for needed works (e.g. energy efficiency, heating, new roofs, classrooms etc) for the rest of the decade at least.

The project hasn’t been without some local political stirring: statements made by some councillors that expanding the existing Kingsgate school (therefore not going for a Free School) on this site somehow ‘lost’ the council money from government which could otherwise (a) have been spent on social housing or protected existing employment space or (b) accelerated the building of the school in the first place are totally untrue and have been corrected several times.

Whitehall rules say once the ‘need’ for places is objectively verified it is the council, not the government, which must now pay for new schools – whether they are expansions or Free Schools. Independent legal advice backs this up. This is an illustration of the parlous state of school financing across London and the country – and the absurdity of Free School funding in Whitehall, which is often made available to articulate and well-organised parent groups elsewhere when ‘need’ has not been similarly demonstrated.

Can we fund this by planning gain money (‘s.106’) the council holds? No. Money tied up with planning consents have conditions attached and sadly can’t be used for general purposes. If they could, there would be competing demands across the borough for these funds, which don’t cover the project in any case.

Has the council steamed ahead regardless? No. We’ve been talking about this since 2010 at least, we’ve discussed options with many local people and the businesses impacted. We’ve conducted two business surveys and offered firms help in finding other premises and conducted a big public consultation. Mindful of the loss of existing employment space, we were keen to ensure that new business premises are retained in the development – although it is true they are likely to be of a different nature than the ones there now.

The Council initially estimated the number of jobs currently on site was between 80 to 100 jobs and then carried out an employment study in the area. The research included gathering information on the numbers of jobs at each business, which confirmed this. We do not have evidence to support the suggestions made that the site supports 250 jobs. Nevertheless we have written to businesses impacted to see if we can help them relocate.

Mindful of the impact on jobs we made sure the redevelopment proposal included new employment space, with the potential to create up to 100 jobs if used for managed workspace, in addition to the 40 new jobs at the new school buildings.

Could we have expanded the school somewhere else and not on Liddell Road? Suggestions by some objectors that we turn Kingsgate Community Centre or Kingsgate Studios into school sites are neither practical nor fair to the community or those who use or work in them. The workshops were sold by the Council on a long lease in 2005 and we will not close Kingsgate Community Centre. These properties would not provide sufficient or suitable space for conversion or redevelopment for an additional 60 pupil places per year, which is what the community needs.

Other sites in Council ownership in the area have been considered as possible sites for a new primary school. The site at 156 West End Lane is significantly smaller than Liddell Road (approximately 6,000 sq.m. compared to 10,500 sq.m.) and presents far greater challenges and risks. It was not considered to be an appropriate site for educational use and Liddell Road was adopted as the preferred site.

Camden’s Community Investment Programme is hampered in NW6 because the council is not a large landowner in the area, compared to other parts of the borough, so we have to work with the sites we have. With the West End Lane offices potentially providing a big uplift in social housing, these two schemes together will make a difference by providing a new primary school, new businesses and new social housing for local people.

Having talked about this and considered all the options for a long time, we have decided to move ahead to ensure that the new school is open as soon as possible (2016). Residents will get a further say during the actual planning process and as councillors we have asked council regeneration officers to work with displaced businesses to see what we can do. Given all the work undertaken and the financial constraints we are under from central government and planning, delaying the project further would add costs to the taxpayer but no new solutions; but – as anywhere else in the borough – we are of course open to any practical ideas people have to ensure the scheme is better than the one we propose.