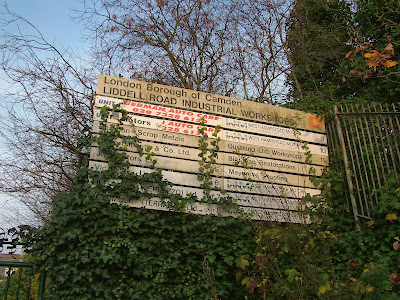 The Liddell Road saga continues. Now the local Lib Dem councillors have requested a “call in” of Camden’s decision to go ahead with the expansion of Kingsgate School into Liddell Road, which would mean the end of the light industrial estate there now, and the building of 120 private flats and some commercial office space.

Calling in a decision is a formal way of stalling for time. In Camden, four councillors can ask for a decision to be called in. It’s not used very often as it is disruptive – the borough solicitor is responsible for determining whether the call in is valid.

What’s prompted the call in? Pretty much the reasons that have been articulated on these pages. It’s important to make this point: no-one is denying the need for school places; nor are people unaware that the job of politicians is to make tough decisions; there are always  trade-offs. But when those trade-offs involve the livelihoods of more than 20 businesses that have been established for many years in their local area, it is also right that the process is as transparent as possible.

More work needed
The councillors requesting the call in explain that although they recognise that the plan is largely within Camden’s policy and budget framework, they believe that more examination is needed of the numbers of jobs to be lost through the redevelopment. “The belief is that jobs are actually being lost rather than created, which we consider to be outside the policy framework. The Liddell Road Trade and Business Association believe that 250 jobs will be lost, whereas the report assumes a figure of 80-100.”

They also argue that the views of groups such as the West Hampstead Neighbourhood Development Forum and the Sidings Community Centre were not given proper weight in the consultation process, nor was there any meaningful consultation with residents and especially potential parents north of the railway line. We’ll discuss the consultation with the businesses themselves in a follow-up piece

Understanding the equations
Then there’s the (frankly, shocking) point that all 120 homes on the site are intended for private sale, with no guarantee of any affordable units. Given Camden attempts to impose a 50% affordable housing quota on private developers for a scheme of this size (which developers are usually able to negotiate down on viability grounds), it will surprise a lot of people that in its own development the council isn’t minded to deliver any affordable housing. One wonders quite what sort of community in West Hampstead the council wants to see. This decision is even odder, when you realise that the scheme is designed to deliver a £3 million profit (I think “surplus” is the correct word, but you get the idea).

There are other more detailed concerns about the decision to expand Kingsgate rather than build a new school, which would have to be an academy and Labour – which controls the council – is opposed to the idea. These are very valid concerns, although of course there’s an argument that any party in power is going to be influenced in its decisions by its ideology – that’s why there are political parties and not just bureaucrats.

What do the local councillors want to see happen?

We request that Cabinet should revisit its decision to redevelop the Liddell Road site and to create a split-site school, and that in doing so it should have before it more complete information on the number of jobs lost on the site, the views on local groups and residents on the proposal, more complete information about the exploration of alternative ways of creating more primary school places in the NW6 area, and greater transparency around the impact on central government funding, in terms of both capital and revenue, of the decision to expand an existing school rather than to build a new school on this site or another.

Show your workings
What this all boils down to is that familiar maths teacher annotation.

Having a range of sites and premises across the borough to suit the different needs of businesses for space, location and accessibility is vital to maintaining and developing Camden’s economy. An increase in the number and diversity of employment opportunities is fundamental to improving the competitiveness of Camden and of London. The Council wants to encourage the development of a broad economic base in the borough to help meet the varied employment needs, skills and qualifications of Camden’s workforce.

Camden already has, according to its own Core Strategy document, one of the lowest stocks of industrial and warehousing space among London boroughs. There has been virtually no new provision of such premises in the borough for many years. The document also says that “it is unlikely that the retail or hospitality sectors will provide straightforward alternative job opportunities for people losing industrial/warehousing jobs in the borough.”

The Council will continue to protect industrial and warehousing sites and premises that are suitable and viable for continued use. This will help to provide premises for new and expanding businesses, support the Central London economy and secure job opportunities for local people who may find difficulties finding alternative work. In addition, we will promote development that includes space for industrial uses to serve the Central London business market.

To reiterate – councils must make tough decisions; and school places are clearly needed. Cllr Theo Blackwell has already set out here why some other alternatives are not viable. Nevertheless, if the solution is the forced removal of all the businesses and jobs on Liddell Road, to be replaced by not just a school, but office space and entirely privtate housing, then the community needs stronger assurances as to how that decision has been made, and whether there could be any way in which provision for replacement light industrial space could be built into upcoming developments (e.g., 156 West End Lane and the O2 car park).

The risk otherwise is that West Hampstead truly will become nothing but a collection of expensive two-bed flats, estate agents to sell them, and hairdressers to ensure the residents are well-coiffed.

Tuesday 17th: Kebabs are on Adam