La Brocca changes ownership on Monday after 24 years. The new owners are no strangers to West End Lane though.

A woman was hit by a take-away delivery bike on Saturday evening in West End Lane as she crossed while both lanes of traffic were stationary. An ambulance arrived, but there is no news on her condition. According to an eye witness, the bike was not travelling fast, but nevertheless it was a nasty accident. 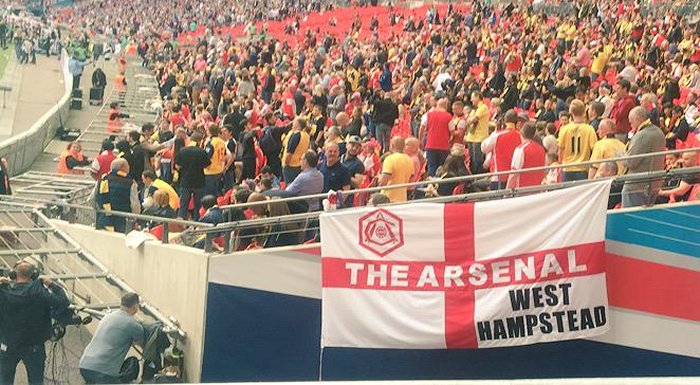 Whampsocial is back this Thursday at The Alliance.

Sushi Kou on Fortune Green Road has closed (and moved to Wimbledon).

Tom tried the mussels at The Black Lion in Kilburn.

It’s been another week of traffic frustration on West End Lane as Thames Water connects West Hampstead Square to the mains. The week culminated in both sets of temporary traffic lights being stuck on red on Sunday morning.

The development itself is now aiming for completion in February 2016 (pushed back from September this year), although Ballymore hopes the first residents will be able to move in in time for Christmas.

Five of the block names were decided last year in a competition, the other two are to be called Lily and Charlotte.

The West Hampstead Business Association is asking for specific project funding this year rather than subs as it strives to improve the area.

South Hampstead residents should try and make it to the CRASH AGM on Tuesday where there’s also a talk about “Dodgy Developers”.

A scandal is engulfing the prestigious Cumberland Lawn Tennis Club. The Ham & High scrapes the surface of the story though apparently big name lawyers have got involved, which may be why it has not published more detail.

There are a few days left to attend the Keats Festival in NW3. The event was opened by Nancy dell’Olio.

A fight broke out in the North Star on Finchley Road just before closing time on Friday. A 72-year-old man was taken to hospital with serious head injuries.

FA Cup fans were surprised to find The Railway still closed on Saturday. The pub had been due to reopen this week but further delays to the work on the flats above have pushed that date back another three weeks.

Tried to help a pensioner on the 328 bus who nearly fell over, received verbal abuse for grabbing his arm! @WHampstead